“I’d marry again if I found a man who had $15 million and would sign over half of it to me before the marriage and guarantee he’d be dead in a year.” – Bette Davis 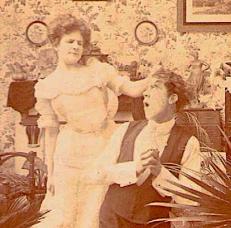 One of the most common questions clients ask me is “Who will get what out of the divorce?” immediately followed by, “Do I have to give my spouse anything?” My answer usually begins with the phrase that clients hate most: “Well, it depends…” Every divorce in Pennsylvania is different when it comes to property distribution, and the particular facts of your situation can make a tremendous difference in the outcome.

What is the Marital Estate for divorces in Pennsylvania?
Before even approaching the question of which spouse gets which property in the settlement, a good family law attorney will first analyze what the marital estate contains. The divorce lawyer representing you for property distribution must determine what assets are owned by you and your spouse (irrespective of whose name is on them), what those assets are worth, and what debts you owe. Every rule has its exceptions, of course, but in general if you or your spouse acquired an asset or a debt after your wedding and before your final separation, Pennsylvania says that it is part of the marital estate. The property you owned before you got married usually stays yours alone, but any increase in value prior to the date you separate is also included in the marital estate. This means that assets or debts in one spouse’s name can still be marital property, and therefore can be subject to equitable distribution by a family court judge. That includes credit card debt in your name or your spouse’s name alone, as well as the marital increases in the value of individual retirement assets such as pensions, 401Ks and IRAs.

After your divorce lawyer has determined the size and value of your marital estate, it is time to explore how to divide it between the two of you either by settling your case, or by moving forward toward an equitable distribution trial.

Does Pennsylvania split marital property 50/50 down the middle?
Nothing about marital property division in Pennsylvania is automatic. Before the best divorce attorneys are prepared to take a firm position about which spouse should end up with what property, first they will address the percentage share of the marital estate’s value that should go to each spouse. There are many instances in PA of equal division of the marital estate’s value, but divorce lawyers dealing with asset distribution will often talk about “skewed” splits in which one spouse will walk away with a greater share of the marital estate than the other spouse.

Skewed splits are especially common when one spouse has a substantially greater earning capacity than the other. PA divorce law recognizes that one spouse often is economically dependent upon the other, for reasons that include one spouse working as a homemaker, or one spouse being unable to earn as much as the other spouse in the local job market. Pennsylvania law requires the court to prioritize economic justice over a formula-based outcome in any marital property division that goes all the way through court, and that includes consideration of various factors such as the relative earnings (and capacity to earn) of each spouse, the length of the marriage, and the standard of living that the couple enjoyed.

Even an equal distribution of the marital estate can require one spouse to give up separately-titled assets.

I worked to earn my pension, so why does my spouse get to touch it?
Retirement assets usually are among the biggest things to divide in divorce; and often, the spouse with higher wages often has put more money into savings funds such as IRAs, TIAA-CREF plans and 401K plans. My economically-advantaged clients often become upset that they have to give part of these assets to their soon-to-be exes. From the higher-earning spouse’s perspective, it simply is not fair that they worked as hard as they did, earned what they did and sacrificed what they did, only to have to give part of it away to the spouse who failed to do the same thing.

You can expect a Pennsylvania family court to view things differently. One spouse’s time might be worth more money than the other’s in the world of employment, but as between the two of them in their marriage they will be viewed on much more of a level playing field. Were it otherwise, the breakup of a traditional family arrangement featuring a breadwinner spouse and a homemaker spouse would leave the breadwinner extremely well-off, while consigning the homemaker to financial ruin.  No divorce court will permit this.

It may help you to understand that for purposes of Pennsylvania divorce law, marriage is neither a religious sacrament nor an affair of the heart; instead, it is no more (or less) than an economic arrangement created by contract (getting married), much in the nature of a shared business enterprise. A family court presiding over a divorce case is unlikely to be interested in the family drama incident to any marital breakup, but will focus instead upon the dollars and cents of the marriage along with what those dollars and cents were used to buy.

For that reason, it is best to think about Pennsylvania divorce as being about economic closure rather than being about personal closure.  The family court is unlikely to overlook the prospect that lower-earning spouses become financially dependent for many reasons, such as having sacrificed income potential or education, having focused on caring for the children, or having been in a state of impaired health. A divorce court judge is not going to leave a dependent spouse destitute simply because the marriage came to an end, and instead will want to ensure that he or she has sufficient resources available to attain financial independence.  Giving a dependent spouse the greater share of the marital estate is one way a court can achieve that goal. This is an example of why “equitable distribution” often is not the same as “equal distribution” in the eyes of a Pennsylvania divorce court.

How a Pennsylvania family court divides marital property in divorce.
In making an award for equitable distribution of the marital estate, a judge has to consider eleven different factors. These factors include the length of the marriage, the incomes and earning potentials of the spouses, whether one spouse will be caring for minor children, and the opportunity available to each spouse to increase earning potential.  None of these factors are assigned greater importance than any other by default, meaning that your judge has substantial discretion to determine a distribution that fits your (and your ex’s) actual situation and needs.

You may be surprised to learn that “marital misconduct” is specifically excluded from consideration by the court when it comes to allocating your marital property between you and your former spouse.  Fault grounds for divorce have absolutely no effect on equitable distribution in Pennsylvania, and so claims of adultery or abandonment have no effect when dividing marital property. Your judge is there to judge the case, and not the hearts and souls of the ex-spouses. If you own a pen, for example, and use that pen to write terrible things about your spouse… you still own the pen. Nobody cares whether you deserve it, because (rightly or wrongly), ownership of property in our society has nothing to do with what the owner might deserve.

You can expect the court to worry less about what you and your spouse might deserve, and more about what each of you may need.

Related articles:
How to calculate the amount of child support in Pennsylvania
I got served with divorce or custody papers in PA.  What do I do?
How to survive your separation from your spouse
Is there alimony in Pennsylvania? You bet!

If you need legal assistance with your marital separation in east-end communities such as Squirrel Hill, Shadyside and Monroeville, call our office to set up a personal consultation with an experienced Pittsburgh-area marital property division lawyer and to learn how to get the most out of your separation.  Please do not comment anonymously, and do not post anything that you consider confidential.  We try to be responsive to commentary and questions, but know that posting here will not create an attorney/client relationship and that we will not offer legal advice via the Internet.